On the 8th of April, Prime Minister Scott Morrison announced the easing of certain restrictions across the country. While retailers across Australia begin the reopening of stores, Accent Group was four days ahead of schedule. 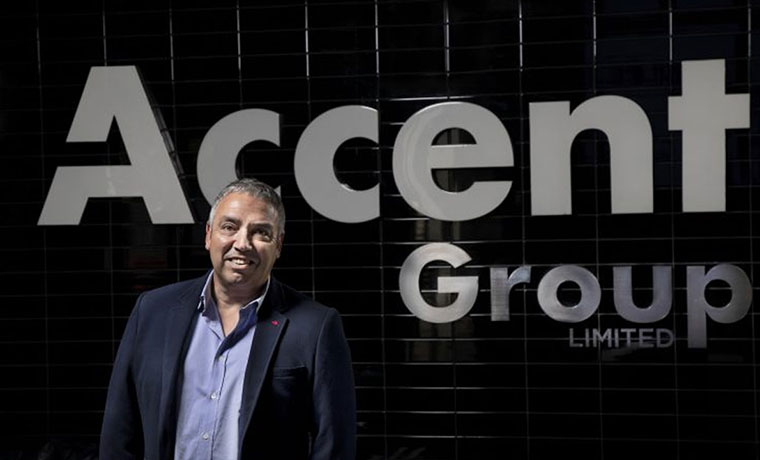 Accent Group, which owns brands such as Platypus and Hype DC, experienced a surge in sales during April, something that Accent Group CEO, Daniel Agostinelli called a ‘seismic shift’.

“We were doing the best part of $200,000 on any given day last year,” Agostinelli tells Power Retail. “At the same time this year, almost every day we’ve been over $1 million a day. So that’s seismic for us.”

Australian online shoppers have spent the last few weeks in isolation, which has piqued the interest of online shopping. According to the Let’s Regrow Town Hall information session, online sales are up more than 50 percent from 2019.

While Agostinelli expects this number to  ‘come back a little bit’ after the lockdown has eased, he predicts that e-commerce will remain popular in the future. “The figures of sales that we used to have for the digital sales of our Group were about 15 percent of overall sales,” he explains. “We now feel that this will be a permanent shift to about 20 to 25 percent of our total sales.”

Consumers who have avoided online shopping in the past have found the need to adapt and change due to COVID-19. This has resulted in a broader demographic for the Group. “Platypus, in particular, has seen enormous increases,” Agostinelli explains. “It was so strong that we decided to market in on TV, and that further fuelled it.”

In November 2019, Accent Group acquired Stylerunner after it filed for voluntary administration the month before. As Australians spend time indoors, there has been a surge in sales for loungewear and activewear within the fashion category. “Stylerunner is just blazing ahead every day, and is just getting stronger,” Agostinelli says.

In the foreseeable future, Accent Group believes that online will only get more prominent. “The keywords we’re using is ‘adapt or die’. You simply need to adapt to the new way forward,” he explains.

Ultimately, online shopping has proven to be an easy way for consumers to purchase items during a crisis, which isn’t going to slow down any time soon. “We think we’ll just get stronger because our online stores will just push more into people’s minds when it comes time to think about their sneakers,” Agostinelli says.

Customer Experience is a crucial leader for the development of e-commerce, Agostinelli explains. “That’s a big change that is coming our way –  we believe it’s going to be paramount for a retailer if you’re going to move forward in digital,” he says. “It’s about getting close to the customers. ”