The latest research shows the majority of consumers made at least one purchase in the last month because of an influencer. 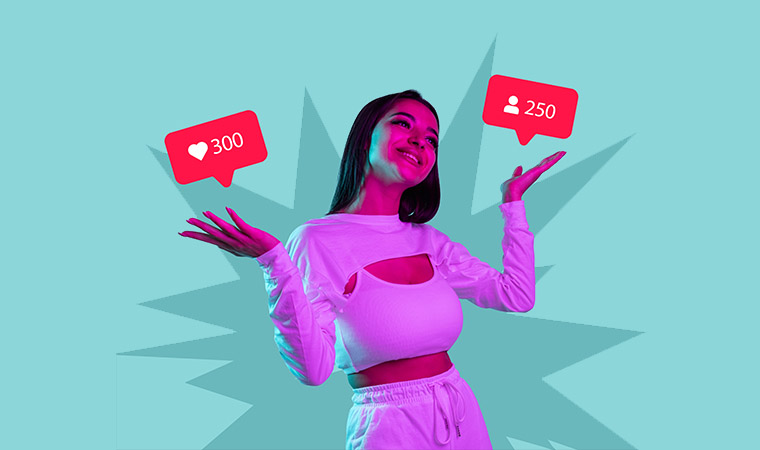 Influencers are far from new, but with the explosion of TikTok and the continued evolution of Instagram, their influence is far from waning.

The latest consumer data has revealed that the majority of consumers (around 58 percent) say they have made a purchase that can be directly attributed to an influencer in the last month alone. In fact, 30 percent of all survey respondents have made three or more purchases because of an influencer in this time period. It does show the effectiveness of influencer campaigns and the way in which both consumer behaviour and advertising effectiveness is changing shape. The majority of respondents (62 percent) have used an influencer promo code or discount in the last year. Again, it shows the connection between influencers and conversion.

So, how has behaviour changed in the last two years? Almost half of those surveyed (48 percent) say they follow more influencers now compared to before the pandemic. This is likely related to increased time spent online and the natural shift in how consumers engage with content.

When it comes to categories, the most popular category for influencers to share content in is Fashion (63 percent). This isn’t a surprise given the visual nature of social media platforms and the potential of trends like fashion hauls to engage shoppers. Similarly, beauty products are popular, with 52 percent saying this is the category they like influencers sharing information on. Makeup tutorials lend themselves perfectly to influencer content, and consumers are here for it.

We know there is a connection between purchase behaviour and influencers, but just how effective are influencers in the general scheme of things. Fifty-six percent of survey respondents say EDMs would make them more likely to purchase a product online, while just over a third of respondents (36 percent) say that seeing a post by an influencer would encourage purchase behaviour. This is (perhaps surprisingly in the same position as seeing an organic post by a brand or retailer (36 percent). Sponsored posts (25 percent) and SMSs (14 percent) are less effective.

Want to find out more? Check out Power Retail’s Talking Point: Influencers which takes a deep dive into influencers and their impact on consumer behaviour. Each fortnight, Power Retail publishes the latest Switched On Trajectory Reports and Talking Points, looking at the latest consumer research and e-commerce insights as well as a deep-dive into a particular topic. These fortnightly reports are delivered straight to your inbox and are FREE for all Switched On members.

Curious? Feel free to join our fortnightly Market Update, in which we present findings from the most recently published Trajectory Reports. FREE to join (for both Switched On members and non-members), and just 15 minutes! Our next Market Update will take place on Wednesday 15 June at 1 pm. Register here.
⁠
The e-commerce landscape is changing. With a Power Retail Switched On membership, you get access to current e-commerce revenue and forecasting, traffic levels, average conversion rate, payment preferences and more!