From using hashtags to Millennial Pink, there are plenty of ways to appeal to the NextGen shopper. But what about the rest of the online demographic? Is online retail forgetting about the older shopper? 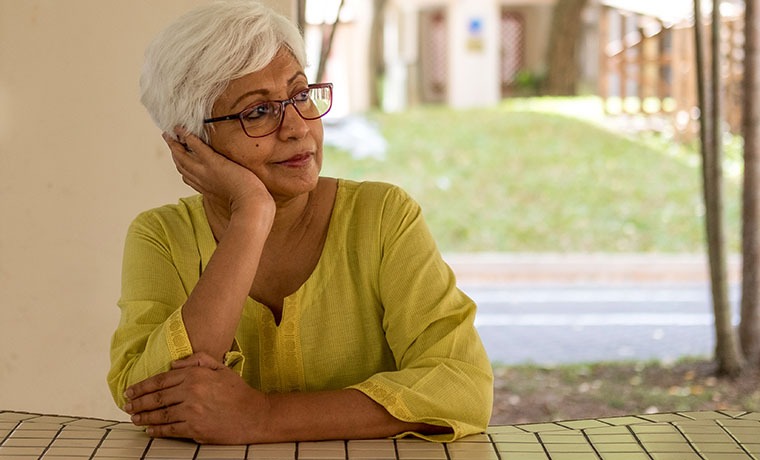 “We’re seeing tech-savvy shoppers embrace eCommerce more than older generations, which could be due to retailers focusing and targeting the younger market through social marketing platforms such as Instagram and Facebook,” said Jessica Ip, a spokesperson for CouriersPlease. “However, it’s important that retailers don’t forget about the older market, as they are generally the ones with more disposable income.”

The trending topics for e-commerce professionals often dictate to the younger audience. After all, they’re digitally savvy and understand the nuances of e-commerce. While it’s an important topic to cover, often other demographics become unnoticed, therefore forgotten. The older generation is bereft of this information and attention, too often due to their perceived limited understanding of the industry.

Why Ignoring the Older Shopper is Dangerous

It’s a misstep for retailers who ignore the older shopper. While younger shoppers (aged under 35) have a larger real estate across the online retail market, the older shopper typically has a better disposable income. So, why do retailers target their branding, CX and overall shopping experience to this particular group, without thinking of the big picture?

Shoppers born between 1945-1965 are often affluent, well-educated and understand tech far better than some retailers and advertisers may believe. Bordering on ageism, it may be considered unfair and dangerous for a brand to avoid appealing to them altogether. Online shoppers under the age of 34 account for 39 percent of the market – 16 percent are aged above 55. This isn’t a huge percentage, but it does make up an untapped market of shoppers that often goes unnoticed.

If a retailer targets the NextGen shopper in its entirety, it is completely cutting out a range of consumer that can bolster growth. It can be beneficial to create a strategy for the older audience, especially if you already have one for the NextGen shopper. Branding for the Older Shopper

While online retail publications discuss what makes the NextGen shopper tick, these tactics may ultimately alienate the older shopper. From specific colours to language, it’s easy to appeal to one demographic and make another completely distrust the retailer.

According to Nielson, the older demographic’s shopping is ‘similar to those of the 18 to 34’ cohort. Just like the younger shopper, those in the older demographic tends to do extensive research on a product prior to purchase. As such, trust and loyalty are essential factors to consider when targeting this audience.

Customers over the age of 50 aren’t silly, so it’s vital to use language and branding that doesn’t appear to look down upon them – it may come across as offensive. However, they prefer simplicity when they shop online, so make sure the branding is simple and gets to the point. This isn’t even directed at the older shopper. Typically a short, concise and clear message will be far more effective for online shoppers than something complicated.

Tips to Attract the Oder Shopper

Without looking condescending or patronising, producing an e-commerce site that’s friendly for a broad demographic is an essential step. Of course, if a retailer is selling women’s clothes with a target market of 15-30, this may not apply, but those in the consumer tech market, hardware, home and garden, etc. need to use certain steps to attract every type of consumer.

It’s best practice to avoid speaking like a Millennial with branding and overall messaging. Not only doe sit alienate the older shopper, but it also divides the target market that it’s aiming for. “The thing is, don’t speak to a Millennial like a Millennial,” says Mark Culter, CEO of Temple & Webster. “The basics of shopping, which is to have a strong proposition that appeals to the shopper, and to stick by it.”

The same goes for memes, trending topics and even colours. If a retailer aims only to a certain demographic, that’s a different story. However, using a simple and strong message that can resonate with an entire consumer base is a far better idea than trying to please a certain age group. Most of the time, it doesn’t work anyway.

Why Is This Important?

The way the world is currently turning, we’re coming to a point where the older shopper will outnumber the young. While the NextGen shopper will always be tech-savvy and understanding of a digital world, they don’t have as high a disposable income, nor the purchasing power that the older generation has. According to The Guardian, more than half of the population (54 percent) in the UK over the age of 65 shops online.

With such a vast untapped market, there’s nothing to lose.