How COVID-19 is Impacting Amazon’s Supply Chain and Sellers

The current health crisis that is hitting the planet is felt by everyone. Here is how Amazon is dealing with the COVID-19 outbreak. 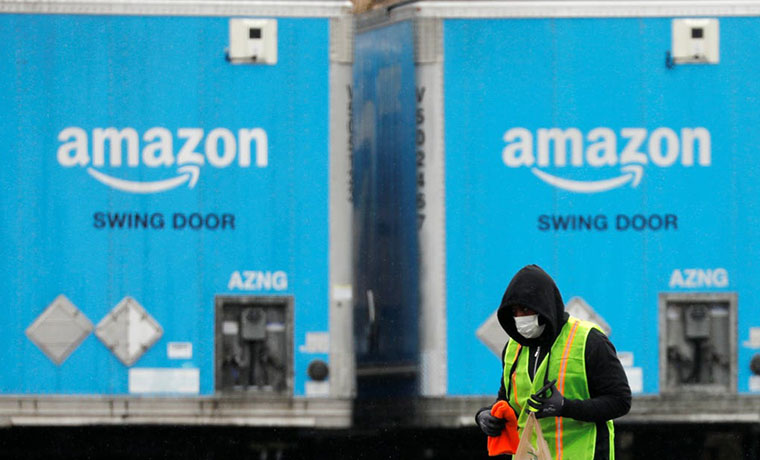 Amazon isn’t immune to the outbreak, just like every other business. From its inventory to maintaining a healthy working environment for its staff, the US tech giant is experiencing a few issues with the current climate.

Yesterday, the US giant confirmed its first case of COVID-19 in one of its warehouses. “We are supporting the individual who is now in quarantine,” said Rena Lunak, a spokesperson for Amazon.

Last week, Amazon said it would be hiring 100,000 new warehouse staff to help with the strain on the orders the warehouses are experiencing. As such, the retailer said it would increase the salary for its staff by USD$2 an hour, £2 in the UK and €2 in many European countries. “We want those people to know we welcome them on our teams until things return to normal and their past employer is able to bring them back,” the website wrote.

Amazon Prime and Fresh delivery services are currently facing shortages, due to increased sales and staff shortages across the country. As such, the warehouses are grappling with high demand and inventory issues.

“You will also notice that some of our delivery promises are longer than usual,” the Amazon website read. “We are working around the clock with our selling partners to ensure availability on all of our products, and bring on additional capacity to deliver all of your orders.”

As a result of this high demand, the company can no longer support its Amazon Prime two-day delivery across the US. The Amazon Fresh site says many staple products ‘may be temporarily unavailable due to increased demand’.

“We understand this is a change for our selling partners and appreciate their understanding as we temporarily prioritize these products for customers,” it said.

Additionally, it is suspending its non-essential shipments to deal with its increased workload in the warehouses. As such, Amazon will focus on distributing its medical supplies, household staples, and other high-demand products until April 5th. This action aims to reduce the pressure from its workers and ‘quickly receive, restock, and ship these products to customers’. Amazon Prime Pantry has also been suspended amid the outbreak. “Pantry is temporarily closed. We are busy restocking,” the website wrote this morning.

The Impact on Australia

Australia is yet to have the same impact from Amazon as it’s having in the US. Its most recent financial report has shown that its sales have steadily increased. Amazon Australia has doubled its revenue but is still failing to make a profit. It has plans to expand to its third distribution centre, due to the high demand of customers. “This expansion represents the investment and development of our growth strategy in Australia, following a steady and progressive increase in customer demand, said Craig Fuller, Director of Operations at Amazon Australia.

Its revenue has reached $562 million in the last 12 months, with an increase of 92.4 percent from the previous year. Despite this growth, it did not make a profit. Amazon still made a loss of $4.7 million, which is an improvement on its $5.3 million loss in 2018.

Despite these headwinds the retailer is currently facing, it appears that it will have minimal impact in the long run. With the change in delivery times, however, it may result in sellers relying on other marketplaces to continue their business. “This change will likely force some third-party sellers currently dependent on Amazon to shift sales to other marketplaces (eBay, Wish, Walmart, Facebook Marketplace, etc.), or onto their own websites,” explained Colin Sebastian, an analyst at Baird Equity Research.

A survey from Jungle Scout released its findings regarding the current outbreak. The results have reported that 36 percent of sellers are seeing declining sales, with 11 percent sellers raising prices on products. Moreover, 50 percent of sellers are looking to source products outside of China. For the retailers who haven’t lost sales, 46 percent say they’re ‘concerned’ that they will in the future. However, 13 percent say that the COVID-19 outbreak won’t affect their businesses, so they’re not worried about the outcome.

The report found that the 50 percent of sellers who are looking to source their products outside of China are doing so either because of warehouse closures in the country (32 percent) or a slow down of import rates (49 percent). Moreover, 31 percent said that they’re having difficulty in contacting their suppliers.

Despite the outbreak and worries about the supply chain, only 14 percent of sellers are worried that Amazon will shut down their fulfilment centres as a result, and only six percent said they were concerned that Amazon would remove their listings from the site.