Is innovation for online already dead? Has online shopping become stale? Is there anything that is truly exciting about e-commerce that sets itself apart from the others? These are the questions I ask myself when I’m scrolling through the long list of retailers I often shop from in the evening. 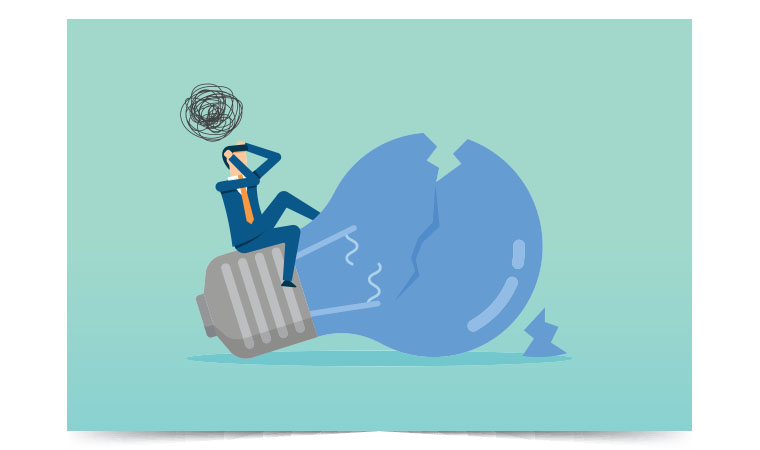 The reason I’m asking these questions is as we’ve seen the explosion of e-commerce adoption in the last two years. It’s fantastic, absolutely, but there hasn’t been much to keep the momentum going. Not in terms of inspiration, anyway. Sure, we’ve got plenty of sales and shopping events (arguably too many?), and funky campaigns on TV and socials from some of the biggest purely retailers in the market. But other than that, where has the innovation gone?

Before the pandemic, brick-and-mortar retailers were quick to innovate their existing stores, installing exciting and immersive experiences that inspire more than just a good deal. It was all about making the shopper feel as if they’ve entered a new world.

A lot of luxury brands are continuing to think along these lines. Louis Vuitton’s temporary residency in Sydney ‘Walk in the Park’, was a tribute to the late Men’s Creative Director, Virgil Abloh, while simultaneously presenting its latest collection. The space was a mixture of bright hues, immersive art pieces and interactive experiences. In its Place Vendôme flagship store, the experience was entirely digital. Using the label’s app, users were able to access the house’s animated characters, which were created by Abloh – they came to life on the facade of the building using AR technology. The house has essentially turned itself away from being a traditional luxury label and into an innovative centre of art and immersion. Wearers of the label are a part of the brand’s story, and etching themselves into its history. 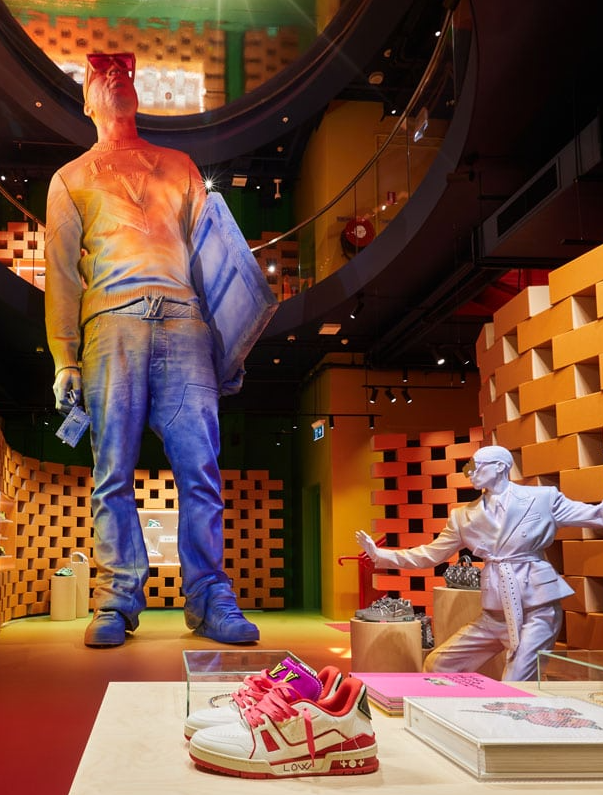 Louis Vuitton’s Walk in the Park pop-up in Sydney 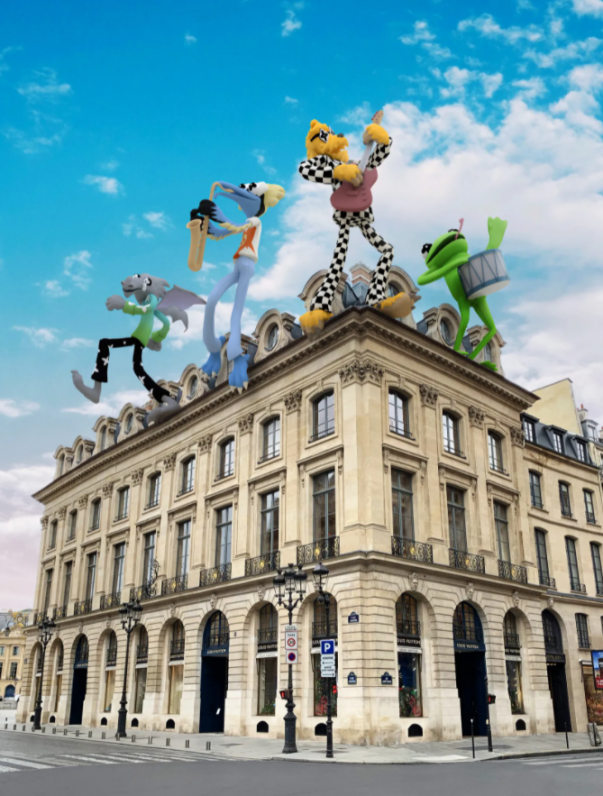 And it’s not just the luxury retailers (who, to be fair, have plenty of cash to splash on such innovations) that are breaking the status quo of traditional retail innovation in this day and age. Let’s take a look at CUE, which has implemented virtual styling – shoppers can find the perfect outfits that will suit their needs after they’ve filled out a questionnaire. Sure, stylists are nothing new, but having them at your disposal – and presented in this format – is a great way to connect the shopper with a brand on a personal level.

For a while, it seemed that retail was innovating in so many ways. It was a part of the rhetoric that was immersed in the landscape. How could retailers break the mould this time? What would get shoppers excited about going into a store?

Then the pandemic hit. While you clearly don’t need a play-by-play of what happened, it’s safe to say that it took a toll on physical retail.

So when e-commerce was the only solace for retailers across Australia, it invited those inexperienced with online formats to test and try it for the first time. And they liked it. A lot. So much, in fact, that e-commerce sales remain well above pre-pandemic levels, even as physical stores re-opened their doors and online became less of a priority with shoppers.

The stock market liked it too. Throughout the span of lockdowns in Australia, many online and multichannel retailers on the ASX were experiencing fantastical growth and increases in their share prices. Not too long ago, in September 2021, there was an average growth of 14.4 percent for ASX E-com listed companies over the span of 90 days. This was 300 percent higher than the 3.4 percent growth of other ASX listed companies.

But now, the ASX is telling a much different story. Share prices for ASX E-Com businesses are plunging while the other listed companies are experiencing gains. Yes, there is a lot going on around the world that is causing turmoil for businesses and consumers alike, but there could be more to the story.

Shoppers are showing no signs of abandoning e-commerce any time soon, as we’ve indicated in our fortnightly Market Updates and Trajectory Reports. So why are investors saying Auf Wiedersehen to the sector? Has e-commerce jumped the shark? Perhaps, and more likely, it’s because they’re uninspired.

Is it Innovation or Are We Just Catching Up?

In 2017, I attended the Australian E-Commerce Marketplace Summit, hosted by online retailer MyDeal, about the then-incoming Amazon and the tsunami-sized wave of fear that came along with it. At the event, MyDeal CEO and Founder, Sean Senvirtne, said to the crowd that retailers need to ‘innovate or evaporate’ if they want to stay afloat in the ever-evolving landscape. When Amazon arrived, both retailers and consumers were left unmoved. But retailers knew that they had to keep things fresh if they didn’t want the US retail giant to swallow them whole.

And many retailers did just that. We saw Click & Collect, same-day delivery and other services rolled out, all capturing that market that Amazon conquered in the US. But was this truly an innovation, or was it just catching up to an already established market overseas?

I hate to be a negative Nancy, but I’m going for the latter on this one.

Now we’re (almost) caught up with other parts of the world regarding online commerce, and shoppers have matured at a faster rate than ever before.

Last month, I had a chat with the Chief Marketing Officer at MyDeal, Ryan Gracie. The retailer has undergone a significant change since that Australian E-Commerce Marketplace Summit five years earlier. In less than two years, it has listed on the ASX, undergone a rebrand and launched an iOS App, which has catapulted the business into the big leagues with like-minded online marketplaces, such as Kogan and Catch.

When we were chatting about future growth plans, Gracie explained that the business was sticking to what it knew. “Stick to the basics and we often win the fight,” he said. This is a very clever tactic for retailers, especially pureplay ones, as they face the unchartered waters of post-pandemic consumers and investors, but is it enough? In my opinion, no.

Sorry, but in 2022, it’s not enough to just stick to the basics and win the fight. Retailers should already have the fundamentals of retail under their belt. They’ve had years to master it.

It’s a stretch to say that retailers haven’t had enough time to innovate. Australian retail famously achieved five years of growth in the span of a few months when the pandemic hit. Retailers such as Bunnings were pushing for e-commerce harder than ever before. They did this because they had to.

Why is it any different when it comes to innovation? To paraphrase Senvirtne, if retailers don’t innovate, they could evaporate. The growth opportunity is there, but for some reason, it just doesn’t feel like a priority.

But it’s not fair for me to sit here and say that no retailers are innovating, because there are plenty that have taken amazing steps forward and shown their innovative sides. The ones that instantly spring to mind include birdsnest, Designerex, Surfstitch, THE ICONIC and Flora & Fauna. Then there are e-commerce businesses that are driving change. Again, my mind immediately goes to the likes of Preezie, dotdigital and Partnerize, which are encouraging a new way of thinking with their technologies in the digital space.

All of these businesses are innovating in their own ways, and it doesn’t feel like they’re simply doing things because they have to – it feels like a natural progression. And with this attitude, they’re leading the way. What does the future hold? I don’t know exactly, but there are plenty of clues we’ve been given. Retailers are introducing live stream shopping, which is especially large in countries such as China. Other innovations include NFTs, which may be amazing in theory, but have plenty of downsides (see: the planet).

Other retailers that have broken the mould include IKEA, which hosted a digital festival in September 2021 with an array of DJs, cooking lessons and interior makeovers. Attendees were invited to look at more than 100 different houses, finding inspiration from the IKEA-packed rooms on each slide.

We recently hit the two year anniversary of working from home in Australia due to the pandemic. Online sale spikes are no longer unprecedented. The adoption of online retail is no longer a phase.

Is e-commerce innovation dead? Not yet. But retailers need to take the next step forward towards innovation if they want to keep the momentum going.

One thought on “Is E-Commerce Innovation Dead?”