Australian retail is set to soar over Cyber Weekend as the ABS indicates a strong retail turnover rebound for October. “This is great news for Australian business and the economy alike,” experts say. 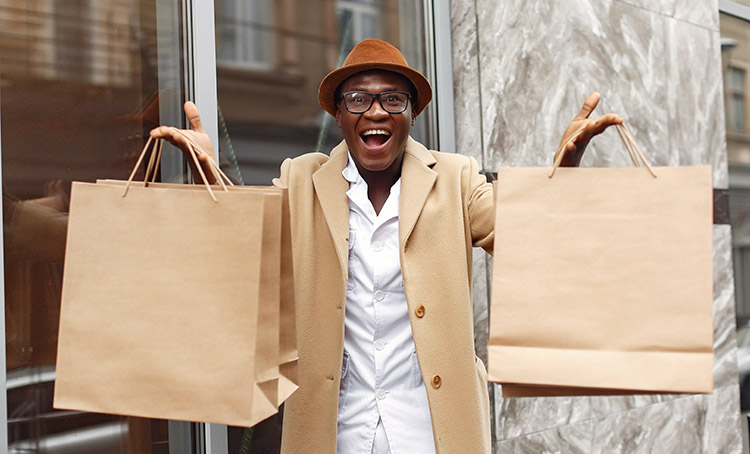 The ABS has released its latest report, showing a 4.9 percent increase in retail sales, following a 1.3 percent lift in September and a 1.7 percent and 2.7 percent drop in August and September, respectively.

These figures show 4.9 percent growth month-on-month and are up 5.2 percent compared to the same period last year.

This major jump in retail turnover comes as lockdown measures are lifted across Australian states, including NSW and Victoria.

According to Ben James, the Director of Quarterly Economy Wide Statistics sad that this was the biggest bounce back for Victorians since November 2020 and reached the highest level of turnover since June this year.

“Retail performance continues to be tied to state lockdowns as this month’s recovery was driven by the end of lockdowns in New South Wales, Victoria and the Australian Capital Territory,” he said. “With lockdown ending on October 11, New South Wales sales rose 13.3 percent returning to the levels seen in the months immediately prior to the Delta outbreak, while Victoria and the Australian Capital Territory remain below pre-Delta levels.”

He also cautioned that despite this major lift in retail turnover, it’s not quite at the levels reached in May 2021, a month before the Delta outbreak.

Today is the start of Cyber Week, kicking off with Black Friday, which is set to exceed more than $5.6 billion in sales.

The report showed a 4.5 percent increase in household goods retailing. Some of the largest jumps included department stores, which increased by 27.7 percent in October. Clothing, footwear and personal accessory retailing also jumped 27.7 percent. The only decrease was for food retailing, which fell 0.5 percent.

“The Retail Trade outcome for October 2021 is the most important economic update for Australia in the last 12 months. It reveals a spectacular outcome that today’s Black Friday sales are sure to bolster further,” shared Harley Dale, the Chief Economist at CreditorWatch.

“In October this year, New South Wales and Victoria were emerging from heavy lockdowns, yet there was enough wind in the sails that retail activity was already getting back in the game. Most industries were already on the mend in October: household goods, clothing and footwear, department stores, plus cafes, restaurants and takeaway food services were back up and running.

“CreditorWatch data has highlighted the challenging plight of the retail sector during extended lockdowns, but we have also identified the sector as being a key leading indicator of a recovery in economic activity. That’s clearly well on its way, with numerous anecdotes of a strong rebound in November, with Black Friday sales heavily fuelling this.

Dale explained that while supply chain disruption and delays have impacted consumers for some time, it shouldn’t be at the forefront of everyone’s minds as we enter the sales event weekend.

Yes, we have supply disruptions and delays, and once upon a time, everybody would have been running scared in such an environment for fear of renewed demand and supply constraints generating inflationary pressures which would lead to an interest rate rise,” Dale commented. “But forget that for now. Australia simply needs demand to come back, and it looks like we’re getting it. That is great news for Australian businesses and the economy alike.”

Similarly, Dominique Lamb, the CEO of the National Retail Association, shared her satisfaction with the retail turnover results heading into Cyber Weekend.

“The October ABS results are certainly some bright news for retail on Black Friday,” said Lamb. “New South Wales and the ACT coming out of lockdown always meant we were going to see improvement from September’s figures, but there were rises in six of the eight states and territories. Discretionary spending appeared to be strong for October, with rises in five of the six categories.”

Heading into the Christmas trade season, Lamb said that these figures’ bode well’ for retailers. “The October rise should provide a shot in the arm for retailers across the country, given the results have been released on one of the busiest days on the shopping calendar – Black Friday,” she said.

“We’re forecasting a record $5.6 billion in sales across Australia on the four days from Black Friday to Cyber Monday. We encourage shoppers to take full advantage of the many great deals on offer and to support local businesses,” she said.

“Australia’s two largest cities have been in prolonged lockdown throughout 2021. This November and December will prove crucial to not only retail but the broader economy. With state economies continuing to open and border closures being lifted, we’re optimistic that retail will charge home in the final straight for 2021.”

The e-commerce landscape is changing. With a Power Retail Switched On membership, you get access to current e-commerce revenue and forecasting, traffic levels, average conversion rate, payment preferences and more! Get Switched On today.