The Commonwealth Bank of Australia has released its December Christmas shopping forecast, predicting $11 billion to ring through the tills. 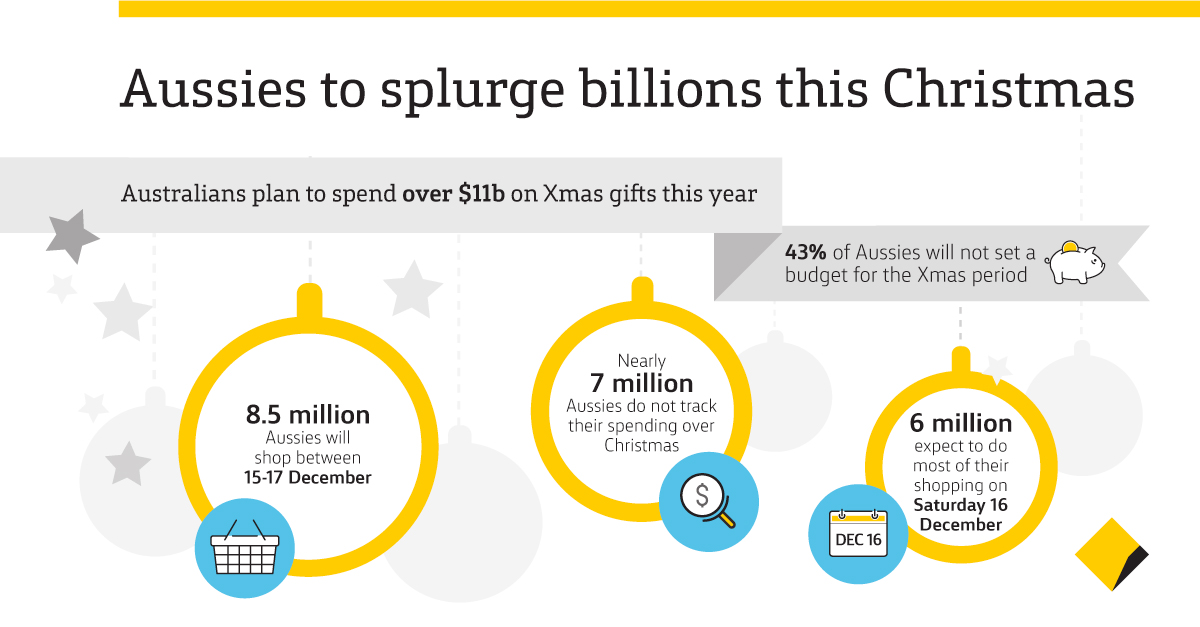 How much cash we’re splashing

Baby Boomers and Gen X are planning on spending the most this year although they plan to spend slightly less than in 2016, meanwhile Gen Y will spend around $557 which is up 14 per cent on last year’s spending.

When it comes to chipping in for presents, Aussies will typically contribute three times more for a family member ($136) than a friend ($38), with even less going towards work mates ($16). Gen Z and Gen Y are the most generous when it comes to group gifts for mates, spending $58 and $51 respectively. Those aged over 49 spend $35 or less on friends. 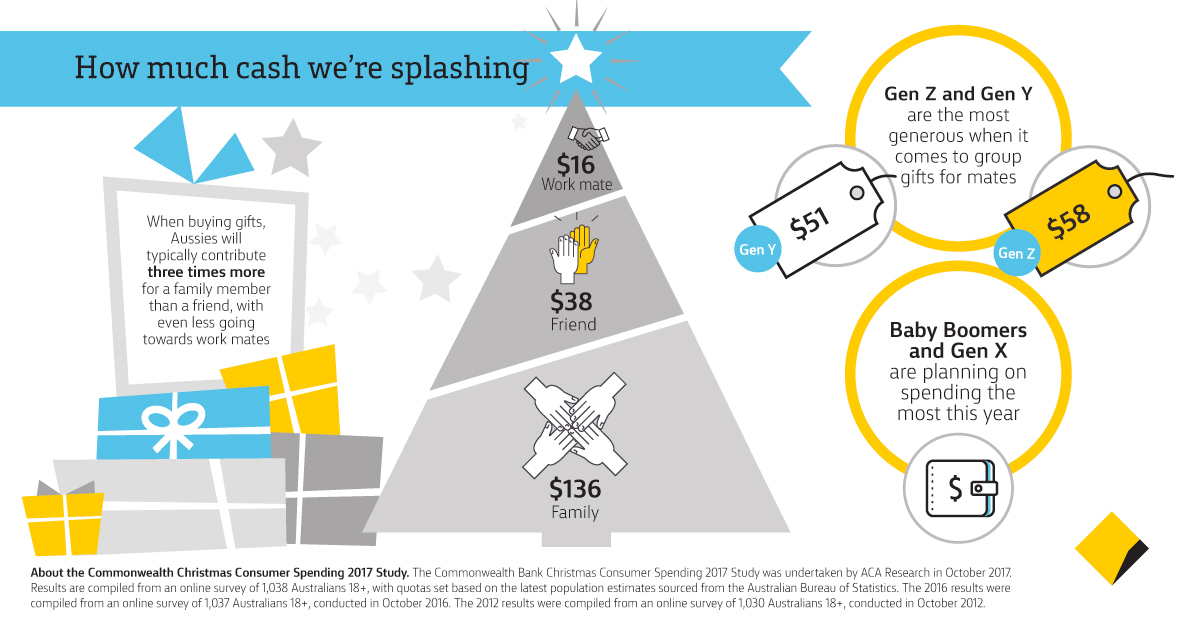 This year 1.1 million more of us plan to do some of our shopping online compared with 2016, now up to 13.3 million. Across the board all demographics plan to shop online with 86 per cent of Gen Ys hitting the internet. Gen Y is also the largest group who browse instore, but go online for a bargain (44 per cent). But, it’s the Gen Z who do their research online but shop instore (62 per cent).

Men seem to be the weaker sex when it comes to setting a Christmas spending budget. While the majority of Aussies don’t set a budget almost two-thirds of men drop their cash at Christmas without a plan.

Mr van Horen said there are simple ways to keep track of spending on the go without a lot of work.

“Christmas isn’t only an expensive time because of gift buying. It’s also a time of year where we entertain and go out more and spend a little extra on our homes so it’s really important we set a budget and keep track of how much we are spending and where that money is going.”

“If shoppers are using credit cards our app offers some really easy ways to track spending by category, adjust daily spend limits, get reminders when payments are due and lock against some types of spending to make sure the cards are secure. No one wants a nasty surprise in January when it can be avoided.” 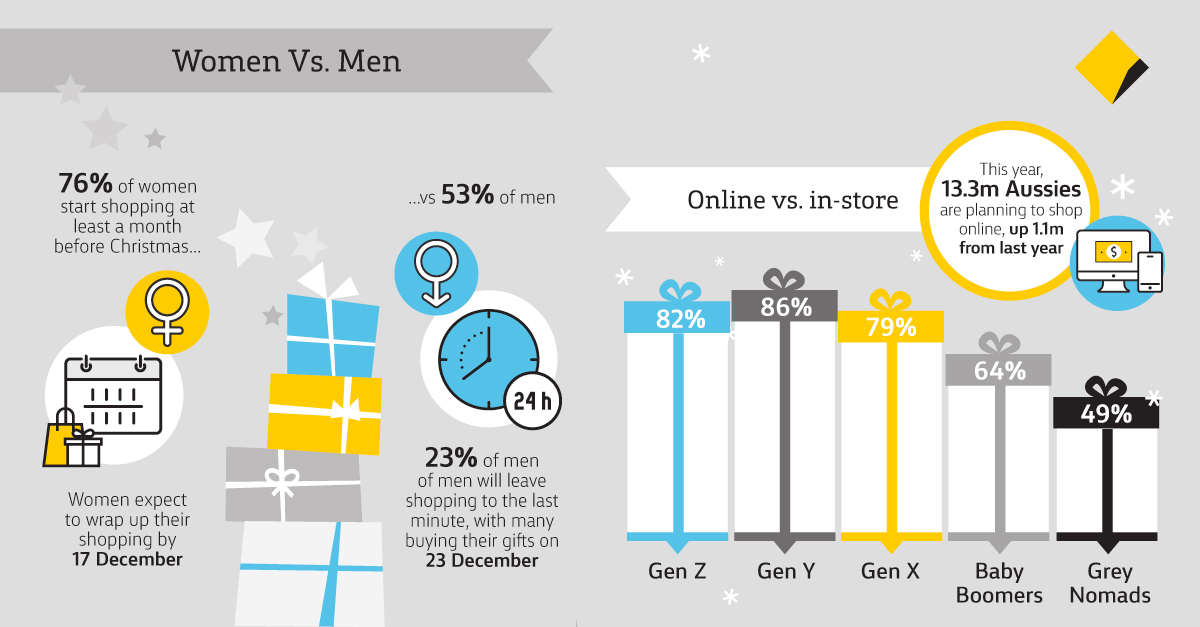 State of spending across Australia

On average, South Australians/NT spend the most on Christmas gifts, at $671 while Queenslanders spend the least, at $508.

Shared gifts are a popular way to give and budget at Christmas. Those from Vic/Tas spend the most on family members ($157) and friends ($46) while those from SA/NT are the most generous towards their work mates ($25). Queenslanders spend the least on family ($95), friends ($22) and workmates ($7).

“Shared gifts are a popular way to cut back on time and cost – gone are the days of buying for all your friends, family and workmates individually. It appears some are more generous than others, with SA/NT spending the most on shopping overall by a long way, and Queenslanders spending the least by far,” Mr van Horen said.